The RedDoor is a research project based on a philosophical text by Deleuze, read and discussed in my elective Aleph.
Affordances is a term that describes the bubble between human & object, human & human or human & space. It is an indescribable relationship that is different on each approach. Because this is an incredibly complicated theory to comprehend, I wanted to make it more practical by examining my association and relationship with a door.
When the context no longer fits the idea, the association becomes different. For example a red door is no longer associated with an emergency door if it’s placed in the middle of a park. It even loses its function in some cases. Which became quite clear when the police warned me that my door was an obstruction of the public streets and kindly requested me to remove it (even though it was an open door and therefor a pathway, not an obstruction).
Yet there was quite a contrast between those who were not even aware of the door and the few who were visibly interested in it, this can be seen in the film documentation.
However, the research has yielded more questions than answers, so perhaps this is a more philosophical than social experiment. 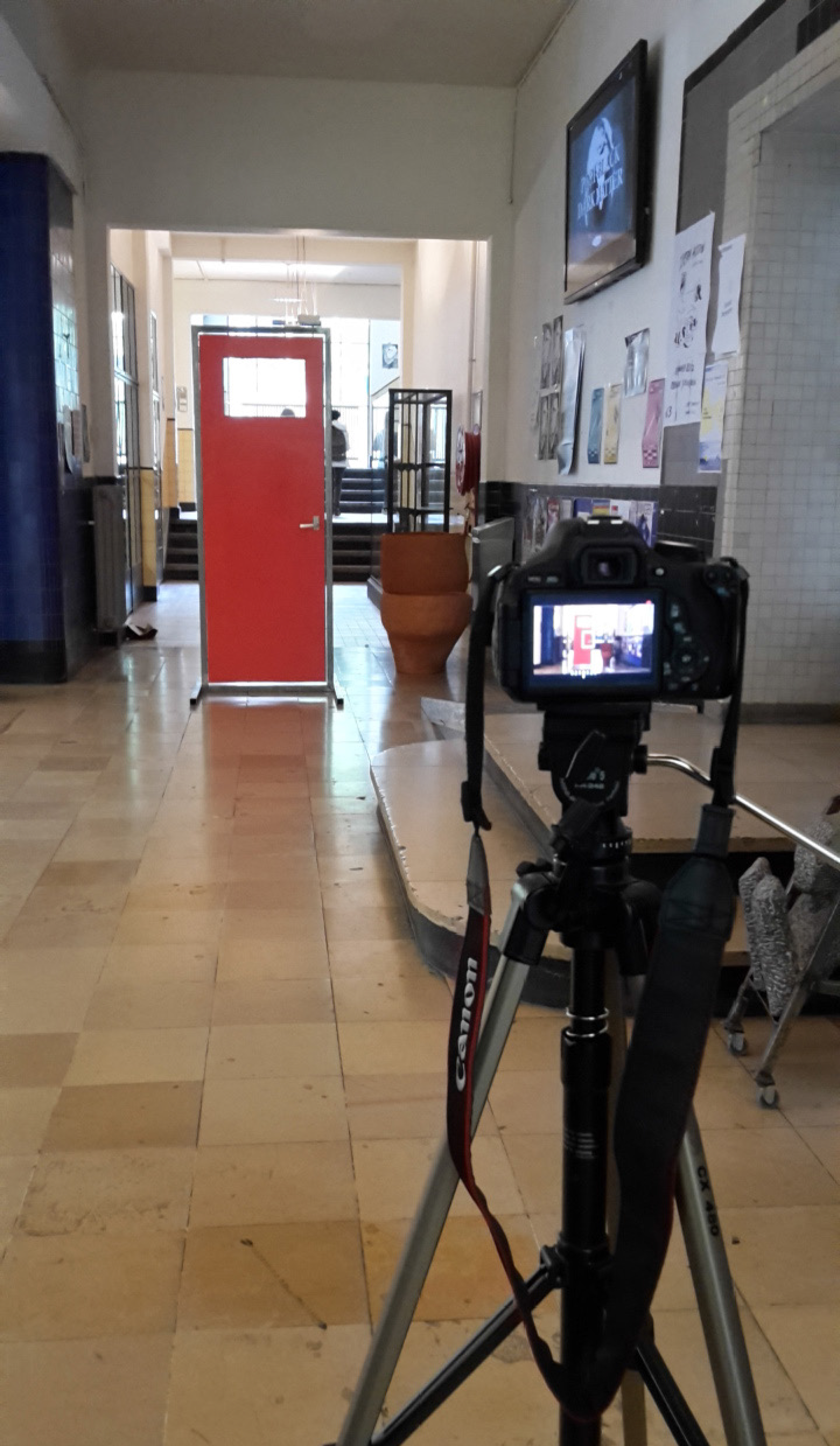