This project is a design collaboration between:
DEFRAME, Pillar games, Meta Menkveld Ontwerp and Spatial Motion

For the interpretation of this question we have assumed an interactive book in combination with a modular showcase system specially developed from the philosophy of Freemasonry. Where the book can present new content in a fixed story line every half year without further material costs and the showcases can show the artefacts and genuineness of the objects that have been preserved. You could see the showcases as proof of the digital storyline from the book. In this way efficient use is made of the limited space but an enormous amount of content can be presented, as was the question from the curators of the museum.

In this first line-up, we gratefully used the dissertation of Andrea Kroon as content for the first exhibition ‘Adventure in Asia – Freemasonry as a worldwide social network since 1734’ where the story is told of the dangerous journey made by many Freemasons as a result of which a worldwide network has been formed. 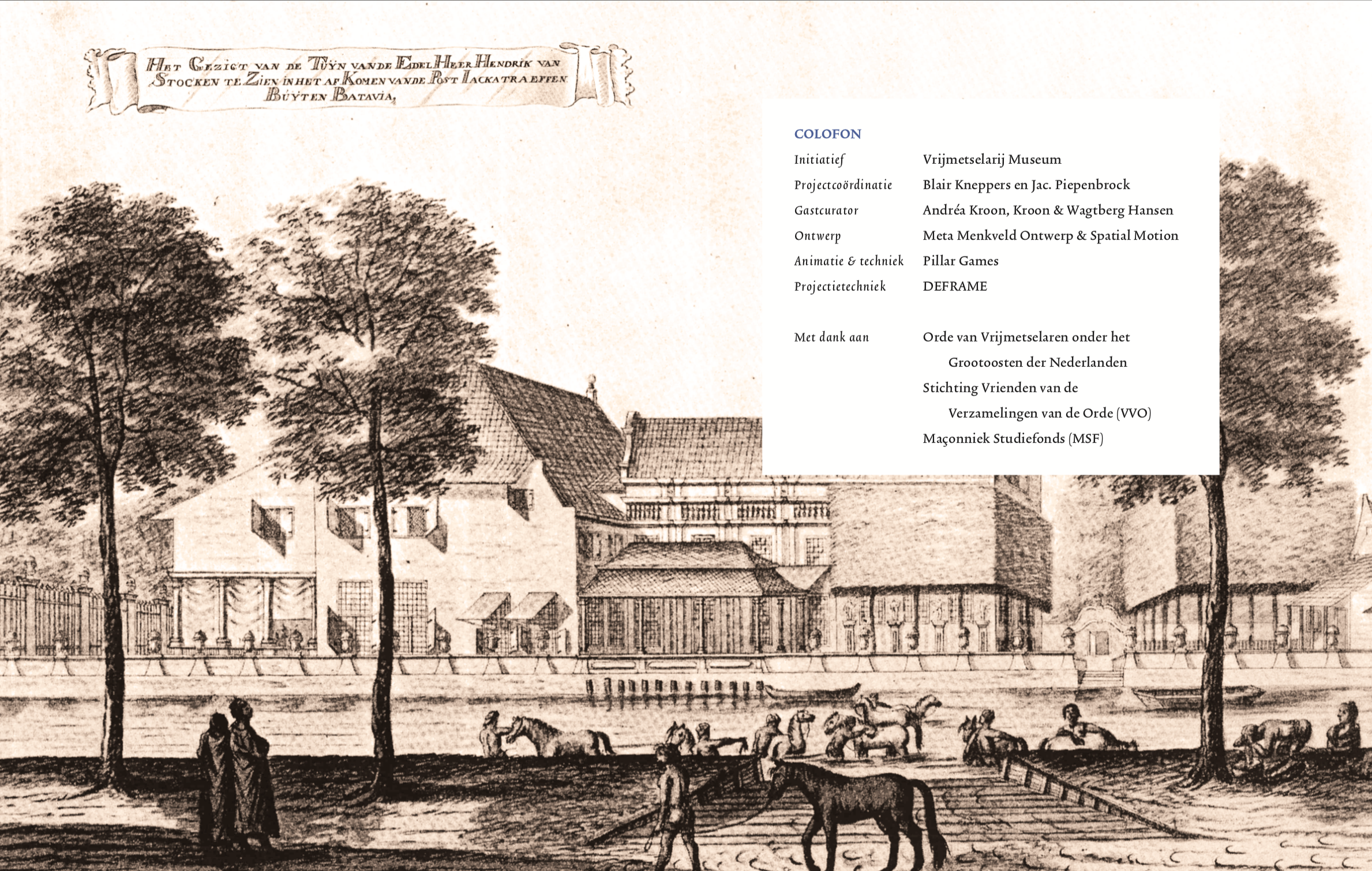 The book is a digital reference to the almanac. The mysterious atmosphere that presents it so stately of a light concept creates a clear ambience of the space. But not only the atmosphere is important, it gives you the opportunity to study, to delve into matter. She invites the visitor to search for more depth in the content and therefor also has 3 story layers. The basis has two types of pages. To include the visitor in the story, there are animation pages with visual information. These pages alternate with information pages with superficial leaf text with chapter themes where image and short text can be found with the red thread of information. These texts and images can be clicked on to subsequently bring up in-depth pages. Concepts are explained here and floor is given to subjects for deeper information. Or a visual gallery is on display, where several images from a series are shown.

In order to create an exhibition space within a reduced amount, where there was space for many preserved objects and to create a burden of proof for the information given in the interactive book, a modular system has been developed.
Varying information is presented in a format set by the golden section. This gives you peace of mind while still having the opportunity to show more objects at one exhibition, and perhaps more text for the next one. Text, image and objects can be placed in an aesthetically but invisible grid via a modular golden cut -system. The load of the display case is magnetic and can therefore allow for enchanting presentation possibilities to the composition 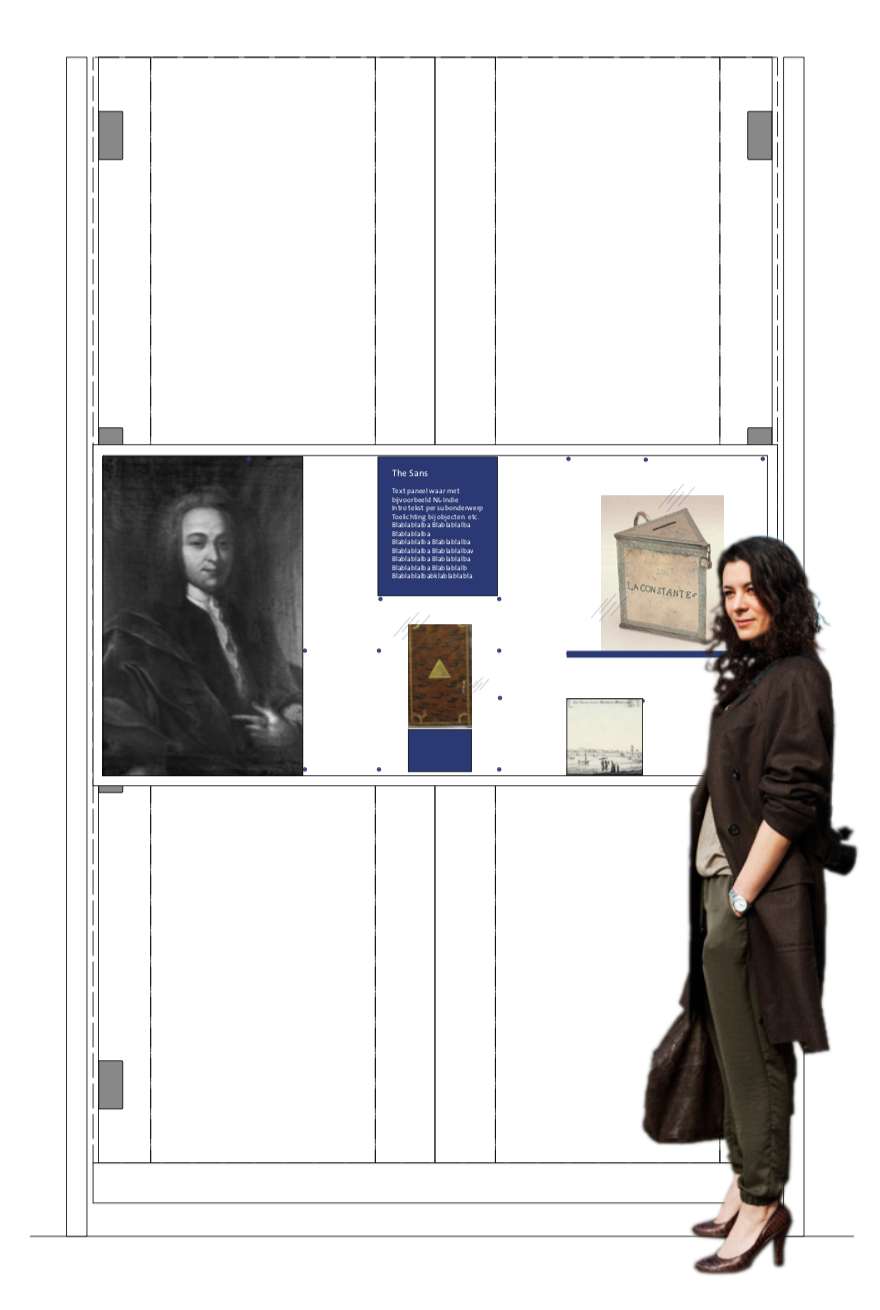 with content of Andrea Kroon
and a printed publication of Kwartier M.